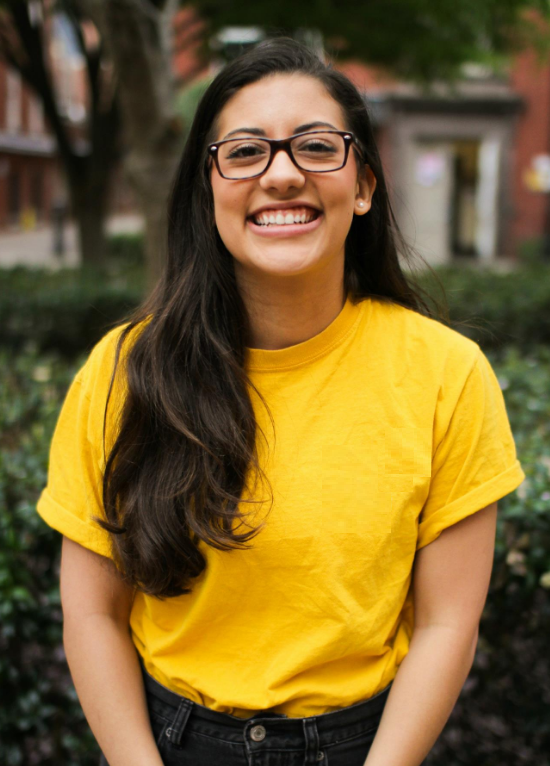 Despite the pandemic, students are still transferring into Syracuse University. And they have plenty of questions about campus groups and activities, how to get involved and where to find support services. As the graduate student staff member in the Office of First-Year and Transfer Programs, Alexandra James supervises student volunteers, known as Transfer Transition Leaders, who help produce programming and serve as mentors to help transfer students acclimate to Syracuse University.

“While we have had some limited-capacity programming in person, a lot of what we’re doing is virtual,” says James, a master’s student in higher education administration. “Because of that, I think we’re actually engaging with new students a lot more. They have a lot more questions and they’re not waiting for a scheduled meeting that may or may not happen at a convenient time so we’re able to accommodate them more often and in a more accessible format since its virtual.”

James takes the position seriously. She believes the orientation period is key to a student’s college success. “I think that’s a really critical aspect for students entering college and that’s also where I found my passion for student affairs,” she says.

It was actually her experience as a student orientation leader as an undergraduate at Virginia Commonwealth University that put her on a path to a career in higher education administration.

“I found I really enjoyed working with students,” says James, who majored in political science as an undergrad. After serving as an orientation leader for two summers, she took on a position as a student program coordinator, supervising orientation leaders during her junior and senior years. She also served as a group tutor for students struggling in political science. “I really liked helping them strategize how they could do better on tests and how to focus on material in a certain way and watching them grow in their academic life,” she says.

In addition to her job in the Office of First-Year Transfer Programs, James is also completing a practicum this semester in the Office of Admission and Financial Aid at the College of Law. She says it’s not an area she had any familiarity or interest in beforehand. “But this experience has really expanded my understanding of why financial aid is so important for students and how much of an impact it can make,” she says.

James is financing her own two-year master’s program through federal loans, working, and with assistance from an Our Time Has Come Scholarship. “Any amount I can reduce my loan burden helps,” she says.

Studying at Syracuse University is the culmination of a long-term dream for James. As a high school student, she says Syracuse was her “dream school,” but private school tuition just wasn’t feasible. While exploring graduate school options, James’ partner, who is in the military, was transferred to Fort Drum in Watertown, New York. “I felt like this was my opportunity,” she says.

James lives in Sacketts Harbor, New York, a commuting situation made easier by virtual education and work. She visits campus weekly but enjoys her rural location for gardening and hiking with her two dogs. She hopes to get involved with the community garden on South Campus sponsored by Hendricks Chapel and looks forward to in-person classes next fall.

So far, Syracuse University has lived up to her expectations. “It’s a good school at which to learn about higher education issues and see what students expect from their administration,” she says.