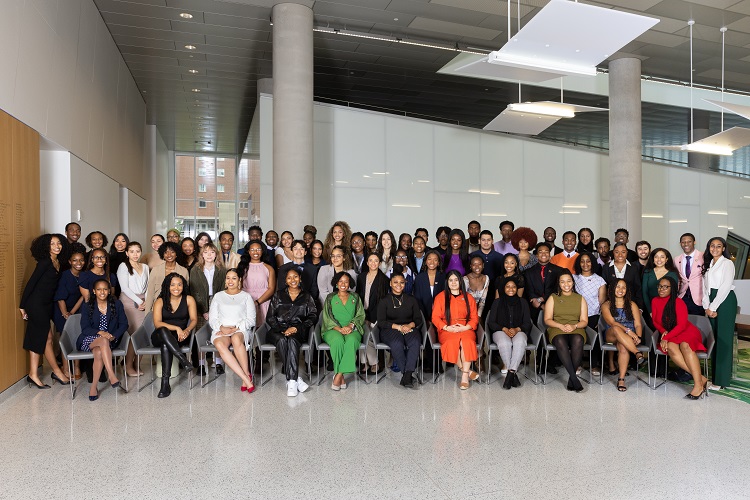 The Our Time Has Come Scholarship Program creates possibility for underrepresented students at Syracuse University. To date, over 1,500 scholarships have been awarded. For the academic year 2021-2022, 94 scholarships were awarded to 82 recipients. We have seventeen students that are part of the program but are not recipients of a scholarship. So, we have a total of 89 participants in the program.

In 1987, the Office of Multicultural Advancement announced the launch of the first  (OTHC) Scholarship Campaign to raise $1 million to establish endowed scholarships, supporting underrepresented students from various backgrounds. Under the leadership of chair David Bing ’66, the campaign raised $1.2 million. Through the generosity of alumni, friends, foundations, and corporations, seven endowed scholarships were established.

On November 6, 1996, a new five-year campaign was officially launched. The goal of the OTHC Campaign, Phase II, was to raise an additional $2.2 million. Phase II was part of Syracuse University’s $300 million Commitment to Learning Campaign. At the conclusion of this campaign, on December 31, 2000, $3.1 million had been raised in donations and pledges.

December 2021, the SUMA Advisory Council led and supported OTHC during the Forever Orange Campaign and raised 10 million dollars for the scholarship program.

When you make a gift to the Our Time Has Come (OTHC) Scholarship Fund, you are directly impacting a life. Our scholars are smart, hard-working, and full of promise. They are also engaged in all aspects of campus life at Syracuse University. Additionally, every student awarded an Our Time Has Come Scholarship since 1987 has graduated. This is a testament to their interest in making you, our donors, proud. Our goal is to increase the number of OTHC Scholars to 100. This can only be done with your ongoing support. If you have not given to the Our Time Has Come Scholarship Fund, please join The Forever Orange Campaign and consider a gift of $500. If you have given, please consider becoming an annual donor. The more we receive in donations, the more we can give to underrepresented students in need. On behalf of the Office of Multicultural Advancement and the OTHC Scholars, we thank you for your generosity.

To make an online gift to the scholarship fund, please go to our giving page.