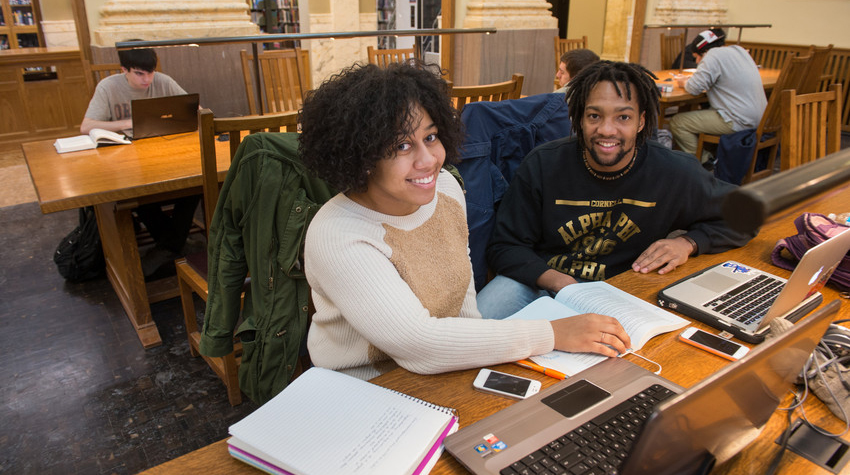 The Our Time Has Come Scholarship creates possibility for Black and Latino students at Syracuse University. To date, over 1,300 scholarships have been awarded. For the academic year 2019-20, 62 scholarships were awarded to 54 recipients.

In 1987, the Office of Multicultural Advancement announced the launch of the first Our Time Has Come (OTHC) Scholarship Campaign to raise $1 million to establish endowed scholarships, primarily for African American and Latino students. Under the leadership of chair David Bing ’66, the campaign raised $1.2 million. Through the generosity of alumni, friends, foundations, and corporations, seven endowed scholarships were established.

On November 6, 1996, a new five-year campaign was officially launched. The goal of the Our Time Has Come Campaign, Phase II, was to raise an additional $2.2 million. Phase II was part of Syracuse University’s $300 million Commitment to Learning Campaign. At the conclusion of this campaign, on December 31, 2000, $3.1 million had been raised in donations and pledges.

To make an online gift to the scholarship fund, please go to our giving page.