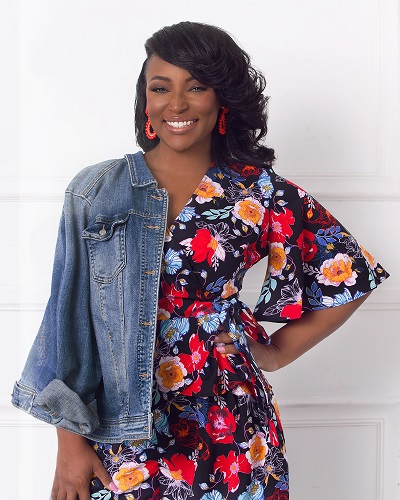 When she was 13 years old, JaNeika James G’05  read an article in Essence magazine about Yvette Lee Bowser, creator of her favorite television show, Living Single. Here was a woman who looked like her doing a job she hadn’t even considered a possibility. James pulled the article out of the magazine and tacked it to her bedroom wall.

Ten years later she found herself working as Bowser’s assistant, and 10 years after that, she and her twin-sister, JaSheika, were hired as writers on the hit show Empire. Today, the James twins are co-executive producers of the relaunch of Gossip Girl and a new Kevin Hart/Wesley Snipes show for Netflix.

“I believe in the power of manifestation,” says James, who hosts vision board parties for her girlfriends each year. “You can speak things into existence. It’s not indulgent to dream big.” 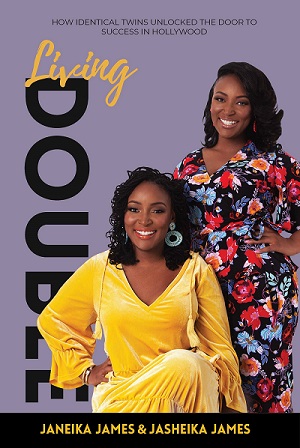 James tells her story—part autobiography, part motivational guide—in her book Living Double (PWR Press, 2020), co-authored with her sister and published in December. “We wanted to write something so that young girls and boys with no industry connections would know that this kind of career is possible,” she says. “Hollywood has not always been a space that embraced minorities or women. I hope our story empowers others to pursue their dreams and use their voices unapologetically.”

From a young age, the James twins were passionate television watchers. Daughters of divorced parents, they spent their early years living on an Air Force base in Germany where their mom was stationed. Because local TV was limited—and in German—they spent hours devouring VHS tapes sent to them by their grandparents, popular U.S. shows such as The Golden Girls, The Cosby Show and A Different World.

Moving back to the U.S., the James twins faced their first experiences with racial difference. “Growing up on the base, we were exposed to all different kinds of people from all over the place,” James says. “It was no big deal. It wasn’t until we were back in the U.S. that somebody referred to me as Black and I was confused, because I was brown,” she says.

Always a strong student, James attended the University of Florida as a pre-dental student. She received straight A’s in her first semester, earning her a spot in the inaugural class of the Bill Gates Millennium Scholars, which funded her entire college education. But she was still an avid TV watcher. James set up two television sets in her freshman dorm suite—one for viewing and one for recording shows. During spring break, she and her sister drove to Wilmington, North Carolina, to watch the filming of their current obsession, Dawson’s Creek, and decked out in full-twin matching clothing and hairstyles, managed to snag roles as extras on an episode.

After suffering through math and science classes that couldn’t keep her interested, James realized she didn’t want to be a dentist and ultimately changed her major to telecommunications, which her sister also decided to study. By the time James graduated, she had her sights set on writing for TV and pursued graduate study in television, radio, and film at the S.I. Newhouse School of Public Communications. “That was where I found my people—everybody was obsessed with TV and media and we were all geeking out about it with each other all the time,” she says.

Despite their mutual passion, James realized that her consumption differed from her white peers, a discovery made when she referenced the film, Two Can Play That Game and learned that her friend had never heard of Morris Chestnut. James began focusing on the role of diversity in media.

With direction from television professor Richard Dubin, James devised an independent study project that involved interviewing Black women working in different areas of television and film. “It was almost a vision board exercise,” she says. “The key was to put myself in front of influential women in the business who looked like me.”

It worked. After months of relentless calls and emails, James secured a telephone interview with Yvette Lee Bowser, who was then the executive producer for Half & Half. The hour-long scheduled call stretched to three hours. Ultimately, James secured the internship required to complete her master’s degree and went on to serve as Bowser’s personal assistant for six years.

Over the same time period, JaSheika completed ABC’s Production Associate Program and began working on TV sets such as Desperate Housewives and Dexter. Both sisters dreamed of writing their own TV show and, in 2015, they were accepted into the Fox Intensive Writing Program, established to bring underrepresented communities into the writer’s room. They achieved their dream when they were hired on as writers during season two of the hit show Empire, a global phenomenon that broke viewing records across almost all demographics. Over the run of the show, the James twins rose to become supervising producers.

The experience proved a launching point for their careers. “I had no idea my journey from assistant to writer would be 10 years,” says James. “But now I’m grateful for the long journey because it’s true that struggle builds character. I have such a better understanding and appreciation for all the roles the various departments play in the success of your show.”

The James twins recently served as co-executive producers on an upcoming limited series for Netflix, True Story, a dark comedy starring Kevin Hart and Wesley Snipes, and the reincarnation of Gossip Girl for HBO Max. And they’ve optioned a book, My Soul Looks Back by Jessica B. Harris, a coming-of-age story that they hope to develop into a feature film.

“My sister and I are honing in on our brand,” says James. “We love telling stories that have strong female leads and create joy for audiences. I don’t want people to think that I can only write for Black characters, but the reality is, why not tell my story as an African-American woman? Hollywood has a responsibility to the world to be inclusive and diverse.”