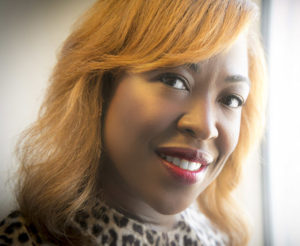 Retail giant Macy’s has appointed veteran executive Shawn Outler ’89 as chief of the company’s diversity and inclusion efforts. The appointment is intended to “advance the company’s commitment to reflect the diversity of its customers, colleagues, and communities where its department stores are located,” the company said in a statement.

“Today, more than ever, we need to develop meaningful connections with individuals from varied cultures, backgrounds and generations,” Outler said in a May commencement address at LIM College, where she was awarded an honorary Doctor of Commercial Science degree as well as the Distinguished Achievement award.

Headquartered in New York and Cincinnati, Macy’s, Inc. is one of America’s premier retailers, operating more than 800 Macy’s and Bloomingdales stores in 45 states, the District of Columbia, Guam, and Puerto Rico, as well as the macys.com, bloomingdales.com, and bluemercury.com websites.

Prior to Macys, Outler worked for Lord & Taylor, becoming the first divisional merchandise manager in 2001. Outler joined Macy’s in 2006 as the divisional vice president and merchandise manager of Better Traditional Sportswear at the company’s central division in Atlanta. Most recently, she served as executive vice president, Licensed Businesses, Food Services, and Multicultural Initiatives, where she was responsible for managing Macy’s leased partner businesses, licensed business development, and the foods team. In 2016, she was appointed as the senior vice president of Lease, Pricing and Multicultural Initiatives, where she oversaw Macy’s leased partner businesses, including Sunglass Hut, Louis Vuitton, and Finish Line.

In 2011, she created “The Workshop at Macy’s,” a retail vendor development program designed to mentor minority- and women-owned business owners to work with Macy’s in the retail industry.

On a personal level, Outler uses her 25-year-plus retail knowledge and experience to empower others through her nonprofit organization Black Retail Action Group (BRAG), a nonprofit that prepares people of color for executive leadership in the industry. Outler serves as president and a sitting board director for the organization.

Outler has been featured in Black Enterprise, Upscale, and Cosmopolitan magazines, and has been honored by the Trumpet Foundaton and Women United in Philanthropy. A native of Queens, New York, she earned a dual bachelor of science degree in marketing and transportation and distribution from Syracuse University’s Martin J. Whitman School of Management. She was a Chancellor’s Citation recipient at Coming Back Together 2014.