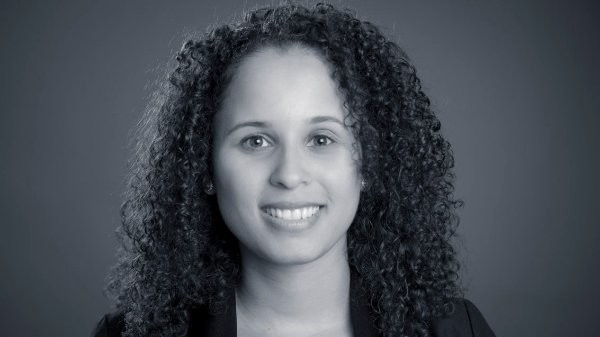 When Rosslyn Ortega ’06 graduated from Syracuse University, the nation was heading into the last major financial crisis. A finance and marketing major, Ortega got her first job as an accountant with AIG. “That’s where I learned that networking is vital to your career growth,” she says.

Ortega focused on building relationships—in and outside the company—so when the recession hit hard, she had a network to reach out to. When she landed a finance role at an advertising company, she considered herself fortunate to have a job. But it wasn’t long before she realized she’d also found her passion. “I always thought finance meant banking, but there’s so much more to it than that. I realized I loved doing finance for creative and media spaces,” says Ortega, who earned a master’s degree in media management from the New School in 2014.

Ortega spent 10 years in media and advertising, most recently as finance director at Vice Media, where she managed, planned, and executed short and long-term financial strategy for clients across all industries.

In July 2019, she made a shift to the consulting world. “The world of finance is changing,” she says. “I saw the role of the chief financial officer (CFO) as one of strategist in terms of business value creation, particularly when coupled with advanced technology.”

As management consulting manager in the enterprise value practice at Accenture, Ortega consults with media, communications, and technology companies to recreate efficient financial operations and processing via technology, in most cases helping companies move to cloud-based financial systems.

Before the Coronavirus hit, Ortega traveled across the country to work with clients in the top Fortune 500 companies in media and technology industry. “There was a bit of a slow-down due to security concerns,” she says. “We had a delay waiting for everyone to have secure company laptops.” Now she says, it’s back to business.

Outside of work, Ortega is an avid runner. She’s run the Chicago marathon twice and had plans to run the London marathon this year, something she says is now unlikely to happen because of the Coronavirus. She has a group of Syracuse alumni she runs socially with, people she met casually while running in Central Park. “We started talking because they were wearing Syracuse University apparel and we ended up becoming friends,” she says.

Ortega knew from an early age that she was interested in business. The Brooklyn native attended a specialized high school with a business focus. And she says attending Syracuse University was pretty much a given as well. “If I had to describe my Syracuse University experience in two words, it would be: family story,” she says.

Ortega followed older brothers Gezzer ’03 and Oswaldo ’05 to the University, as well as cousin Velia Salinas ‘05, all of them first-generation college students. “My family definitely played a huge role and was a huge influence in my attending SU. I even attended Summer College as a high school student,” she says.

As a Syracuse undergraduate, Ortega participated in Dimensions, a peer-to-peer mentoring program for students of color, was a member of the Student Association Finance Board, and studied abroad in London, where she interned with the British Red Cross. That experience led her to volunteer with Habitat for Humanity on a Syracuse University-sponsored spring break trip to New Orleans following Hurricane Katrina.

One of her standout academic experiences was an entrepreneurship class taken her senior year. “It was a group project. Each of us had a different role and you had to create a business plan.” Ortega’s group created a shoe for kids that expanded as their feet grew. She was the CFO. “That class actually did prepare me for real life,” she says.

But the defining factor in her college experience remains her family. “Going to college wasn’t scary because I had them there,” she says. “I still had the whole experience of self-discovery, but I don’t know if I would have gotten there without their support.”