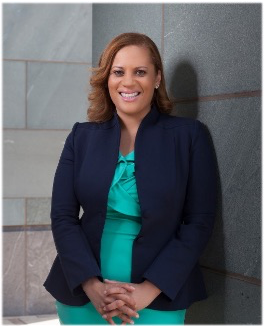 Clarybel Peguero ’97 vividly recalls sitting in the Schine Student Center with a placard for Sigma Gamma Rho Sorority, Inc., during the 1996 Coming Back Together Reunion, hoping to meet older members of her organization and watching the throngs of underrepresented alumni back on campus. Today, as senior director of volunteer engagement at Duke University, Peguero is using Syracuse University as a model in her efforts to help Duke start its own office of multicultural engagement and advancement. “I know firsthand when an institution really cares about alumni of color and how they can give back because I experienced it,” she says.

At Duke, Peguero is responsible for engagement with more than 16,000 alumni and is the key staff contact for the university’s 60-member board of directors. She also coordinates the institution’s alumni affinity groups, which include women’s groups, LGBTQ groups, groups for alumni of color, and for alumni who came to Duke as first-generation college students. While Duke alumni are typically a loyal and active constituency, Peguero says that engagement was heightened during the pandemic.

“Our virtual space really thrived,” she says. “There was a newness of being able to participate with people that aren’t in your region or your class year that has been great,” she says.

But Peguero believes that the programming itself was a big draw. “The social justice issues of the last year really elevated the work of our affinity groups,” she says. “We pivoted to a point of advocacy and community building. One of our first programs was on COVID-19 and was hosted by our Asian Alliance, because as a group, they felt they were being targeted (and unfortunately, continue to experience targeted violent acts).”

Subsequent programming highlighted the perspectives and talents of other marginalized groups. “Our goal was to share different stories and perspectives in a way that was educational and mind stretching, but not ‘you’re a racist and this is what you need to learn,’” she says.

Thousands of alumni tuned in and Peguero found that many were white alumni who had graduated in the 1980s. “People want to be educated and want a safe space to do it and to go where they feel like they’re going to get an expert,” she says. “We provided that in a variety of ways.”

A first-generation college student herself, Peguero says her interest in higher education as a career grew out of her experience with Greek life as an undergraduate at Syracuse and the mentorship she received. In addition to her membership in Sigma Gamma Rho Sorority, Inc., she served as president of the National Pan-Hellenic Council, was named Greek Woman of the Year and interned in the Office of Greek Life. “Greek life created a community for me and a sense of belonging. I not only found my SU family, but it allowed me to develop my leadership style,” she says.

Peguero went on to earn a master’s degree in higher education administration from the University of South Carolina and a doctorate in organizational leadership and communication from Northeastern University, writing her dissertation on the experiences of Black members of historically white sororities and fraternities.  “As a Latina who joined a historically Black organization, I understood what it’s like to be one culture and join a group that’s predominantly another,” she says.

Peguero held positions in residential life, served as assistant dean of multicultural affairs at University of Virginia, and joined Duke as director of Greek life in 2008. She assumed her current position in 2016. “I’ve worked with students and alumni of color in every position I’ve held,” she says. “Every institution has to figure out how they empower and inspire their students of color and how they provide resources to do that.”

She’s developed a reputation for her skill as a team builder and coach and serves as a consultant and speaker on college campuses and in corporate America on issues related to inclusion, unconscious bias, cultural competence, organizational culture and change management.

Peguero says she’s inevitably asked who she cheers for when Duke plays Syracuse. “I wear blue to look neutral since Duke pays my bills, but in my heart, I bleed Orange,” she says. “Syracuse is a place that was magical and transformational for me in so many ways. I am a proud Orangewoman.”