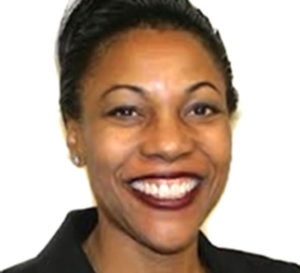 As an undergraduate English major in the College of Arts and Sciences, Traci Cohen Dennis volunteered to help children improve their reading skills at Syracuse’s Dunbar Center—and found her life’s calling. “That’s where my love of teaching started,” says Dennis, now a professorial lecturer and director of undergraduate teacher education at American University in her hometown of Washington, D.C. In the years since graduating from Syracuse University, Dennis has focused on a career imparting knowledge to a wide range of students, from serving as an adjunct instructor at Northeastern Illinois University in Chicago to teaching English in middle and high schools in California. She has served as acting director of the Frederick Douglass Academy Elementary School in Los Angeles, and as manager of curriculum and professional development for the District of Columbia Public Schools in Washington, D.C.

After earning a master’s degree in journalism and public affairs from American University, she took a career detour to work in corporate communications for United Airlines and nonprofit organizations. “After working in those roles, I went back to teaching, which is my passion,” says Dennis, who recently earned a doctorate in educational leadership and management from Drexel University. In her job at American University, she is an advisor for secondary teacher candidates interested in math, science, social studies, and English language arts, and manages the program’s selection process.

Dennis credits her Syracuse University education with playing a large part in her success and recalls how determined she was to attend the University. Her father, the late Vincent H. Cohen Sr. ’57, L’60, played basketball for Syracuse, and became a renowned lawyer in D.C. Honored by the University with the Arents Award for Excellence in Law, a recipient of the Letterwinner of Distinction award, and named to the All Century Team, he returned to campus at least once or twice a year, with his family. “Growing up, Syracuse meant college to me,” Dennis says. “I remember my college counselor at Sidwell Friends, the small, private school I attended, asking me where I wanted to go and I said Syracuse! He told me I couldn’t just apply to one school but I insisted I was going to Syracuse.” He finally did convince her to apply to other schools, but Syracuse was always at the top of the list. Her brother, Vincent H. Cohen Jr. ’92, L’95, has followed in their father’s footsteps, earning undergraduate and law degrees from Syracuse University, and practicing law in Washington, D.C. “My brother and I say without Syracuse University, there would be no us, since this is where our mom—a Syracuse native—and dad met,” Dennis laughs.

Because her time at SU has meant so much to her, Dennis maintains her connections to the University. She returned to campus last year for Coming Back Together (CBT) African American and Latino alumni reunion, and attends alumni events in D.C. “There are many SU alumni in the D.C. area and we have so many positive experiences to share,” she says. “My own experience was such a positive one—it was the catalyst to make me think I could do a master’s and doctorate. It built the foundation that I am academically sound and could do well in future endeavors.”

One of her favorite SU memories is of the 1992 CBT IV, for which her father served as chair. She was invited to a roundtable discussion for student athletes, featuring such SU Athletics luminaries as Jim Brown ’57, David Bing ’66, and Floyd Little ’67, and moderated by her father. “One of the things my father told the student athletes was to finish their education, to be sure to earn their degrees,” she says. “Otherwise, it was like throwing the monetary value of their scholarship away. That resonated with me because my father was a scholar athlete and stressed academics over everything else. I remember being so proud of him for giving such great advice.” To honor his memory, the Cohen family has established the Vincent H. Cohen Sr. Scholarship though Our Time Has Come. “Education was very important to my father, and that trickled down to us,” she says. “The scholarship is the perfect way to immortalize his name, and to give back to Syracuse, which he loved so much.”