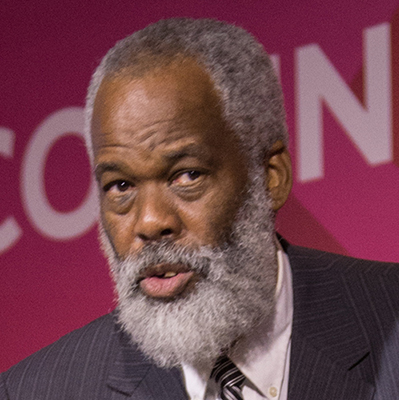 Merrill B. Charles ’81, G’81, or Butch, as friends call him, came to Syracuse University in 1975 and had a very rich and active experience. Beginning his freshman year, Charles worked at campus radio station WAER-FM and continued through his undergraduate and graduate years, eventually becoming its program director. It was not until his junior year that Charles decided to look into Black Greek Life.

“Black Greek life was thriving at the time, and these organizations provided most of the social life for students of color at the University,” Charles says. Eventually he settled on Phi Beta Sigma, which was new to the University, only opening during his junior year. Ever since then, Charles has had a lifelong connection to the fraternity and his brothers.

Charles, now an associate professor at Morrisville State College, is like many of his brothers, having made the trip back to campus for the triennial Coming Back Together (CBT) reunion numerous times. Recently, however, the brothers thought it was time to do more than simply attend.

“After many years of brothers participating in CBT reunions and individual brothers donating to the Our Time Has Come scholarship and other campaigns, we wanted to organize an endowed scholarship to recognize and celebrate our 40 years on campus,” Charles says. “Under the leadership on Brother Michael Barbosa ‘96 and a committee of brothers from every decade of the chapter, we knew that now would be the best time. We also are proud of Brother Matthew Fraser ‘15 who was the most recent recipient of a scholarship from Our Time Has Come.”

The $50,000 endowed scholarship will benefit Sigma brothers first and then be extended to black and Latino students. “We are so thankful to Butch and all of the brothers of Phi Beta Sigma who have been so instrumental and dedicated to moving this scholarship from idea to reality,” says Rachel Vassel ’91, assistant vice president for program development. “The more scholarship funds we have the more students we are able to support, recruit, and retain.”

“For many students, joining a Black Greek Life organization (BGLO) is the highlight of their college experience and sometimes their love of SU extends only to sports,” says Charles whose wife Carol Charles ’84 also graduated from Syracuse University. “We want students to treasure their entire SU experience just as many continue to hold dear their BGLO. We also want to help our new Phi Beta Sigma brothers or Zeta Phi Beta sorority sisters who may need that extra financial boost to continue their college experience.”