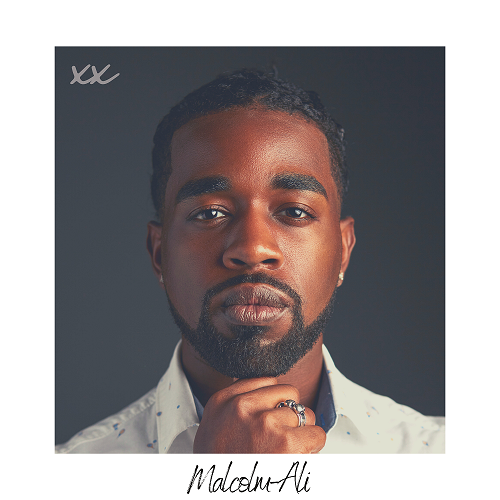 August was a big month for Malcolm-Ali Davis ’18. To commemorate 20 years in the entertainment industry, Davis released XX, a compilation album intended to reflect on his career thus far as well as to launch the next chapter.

“I’ve been performing for such a long time, but always performing other people’s music. Now I’m really finding out who I am as an artist,” says the contemporary R&B/pop singer.

XX (20) is a compilation of music written and recorded between 2013 and 2019 and includes collaborations with mega-producers Kannon “Caviar” Cross and Parkwild and a track recorded with his sister, Divinia ’10. “The project is really a labor of love,” he says.

The New Jersey native got his start acting in television commercials at age three. When he was 10, he was cast as Young Simba in a national touring production of Disney’s The Lion King, and spent eight months performing in cities across the United States. He continued a combination of acting, singing, and dancing throughout his teen years, appearing in commercials and on television, film, and stage.

Davis contemplated pursuing entertainment full-time straight out of high school. His parents, however, had other ideas. “They were concerned about my long-term security,” says Davis, who followed in the family tradition and came to Syracuse University (his parents and three siblings are all Syracuse alumni).

Davis majored in information management and technology and jumped into campus life, serving as chair of academic affairs for the Student Association, as a member of the Student Affairs Advisory Board and the Student Alumni Council, and as a peer advisor for the School of Information Studies. He was also an Our Time Has Come Scholar, and as a senior, was student co-chair of CBT 2017.

“Having the ability to focus on schoolwork and extracurriculars without having constant pressure about how to pay for school allowed me to flourish,” Davis says of his scholarship. In addition, he says the program “put me in spaces with powerful alumni where I was able to develop my own leadership skills and learn how to present myself better.”

One of the first times Davis performed on campus was at CBT 2014. He began singing the national anthem at campus sporting events, performing for student organizations and at local venues. During his senior year, he had a regular performance slot at the Turning Stone Resort Casino.

Upon graduation, Davis took a job with Herbalife Nutrition in Los Angeles as an operations analyst, helping the company incorporate technology into its business processes to digitize operations and eliminate paper. He also sought out opportunities to perform, and by December had a regular residency at the Next Door Lounge in Hollywood.

Deciding to focus on his entertainment career, Davis switched jobs, now holding a part-time remote position providing information technology services for a travel company, which gives him enough financial stability to balance the ebbs and flows of the entertainment industry.

Although live performances were halted in March due to the pandemic, Davis hasn’t minded the breather. “I had been performing two to three times a week for the previous six months so it’s given me a moment to pause, reflect and refocus,” he says.

Davis’s goal for 2021 is to reboot his acting career, including musical theater. “I’d like the Broadway debut I never had,” he says. “My goal is to be bi-coastal.”

Until that’s possible, Davis is focusing on creating music that people identify with, hoping XX will help build his audience and fan base.

“I’ve definitely found my purpose in music, having the power to create an experience for people,” he says. “The album was a great way to look back while starting this new chapter of my life.”