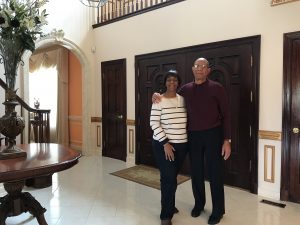 Beverly and Herbert Byrd at home in Virginia Link

Despite the passage of time, Herbert L. Byrd Jr. G’95 well remembers the financial struggle of getting his education. “I remember my last year as an undergraduate working part time and taking 10 classes to graduate,” he says.

And as a master’s student in electrical engineering at Syracuse University’s College of Engineering and Computer Science, he
was floored by the cost of engineering textbooks. Nearing the end of a successful career, Byrd wants to give back
by helping young Black students pursuing the field of engineering. Byrd is president and CEO of MOJA, a Virginia-based information
technology and intelligence analysis company that supports the U.S. intelligence community and national-level decision-makers
with custom software solutions and intelligence analysis.

“Knowing the hardship that I
experienced, I felt that if I can help
someone get that book they need to
so that they can be prepared for class,
that’s something. I’ve received letters
of appreciation from students saying it
helped them graduate.”

n 2005, he established the MOJA Book Fund in the College of Engineering to help defray the cost of textbooks for needy
students. “Knowing the hardship that I experienced, I felt that if I can help someone get that book they need to so that they
can be prepared for class, that’s something,” Byrd says. “I’ve received letters of appreciation from students saying it helped
them graduate.”

Nagged by statistics showing low numbers of Black students pursuing STEM fields, Byrd wanted to do more. Recently, he and
his wife set up a $1 million bequest in their estate plan to establish the Herbert and Beverly Byrd Scholarship, with a preference to
support Black students enrolled in the College of Engineering and Computer Science. Because the gift was created as part of
Syracuse University’s Invest Syracuse program, the University created a second five-year scholarship that is currently active.
“It gives me a lot of pleasure to know that I am helping students achieve their professional goals,” he says.

Byrd got his own start working for IBM, first developing large mainframes and later in software development and management.
After transferring back to his native Virginia, he started his own company providing software development services and systems
administration to the federal government.

In addition to running a successful company, Byrd is an avid historian and enjoys writing about little-known aspects of history. 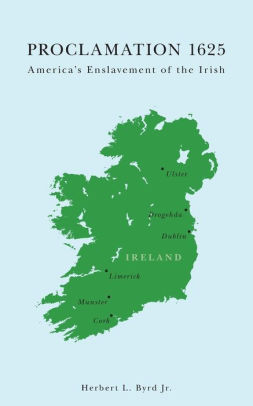 The book shares the mostly untold story of how the Irish were the primary source of slave labor in the British American colonies and the British West Indies, including many Virginia plantations, for nearly 180 years. “At the time, the Irish were classified as ‘colored,’” Byrd says.

More recently, he researched the origin of streets that bear Union names in his hometown of Hampton, Virginia, located in
the heart of the Confederacy. “The interesting thing about studying history is that you often find things aren’t what you
thought they were,” he says. 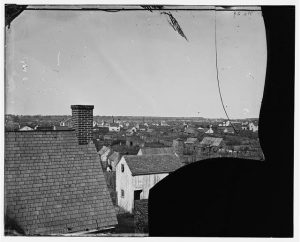 The following is an excerpt of an essay by Herbert L. Byrd Jr. Link

As a teenager growing up in Hampton, Virginia, I wondered why the streets in our neighborhood had the names Union, Lincoln and Grant streets.
After all, it was the South and Richmond, Virginia, was at one time the capital of the Confederacy.

It turns out there is a story behind how those streets acquired their names, and the story is an important one.

On April 17, 1861, the Virginia convention voted to secede from the Union. Even though Virginia was now a member of the Confederacy, Fort Monroe—located in Hampton at the eastern tip of the peninsula—remained in the hands of the Union Army. The Commander of Fort Monroe was Brigadier General Benjamin F. Butler, a lawyer by profession and a strong opponent to slavery.

Rather than remain at Sewell’s Point providing labor to the Confederacy, the three slaves decided to escape, rowing a skiff at night across the Hampton Roads body of water to Point Comfort, where they hoped to seek asylum at Fort Monroe. The Confederate states considered slaves to be chattel. Under U.S. law, the Fugitive Slave Act of 1850 required that escaped slaves, when captured, be returned to their owners.

Confederate Major John B. Cary met with General Butler on the banks of Mill Creek and requested return of the slaves. But Virginia had seceded from the Union. Butler took the legal position that if Virginia had considered itself as foreign power at war with the U. S., then the slaves were “property” confiscated during war. He felt he had no obligation to return the slaves; they were contraband.

On May 24, 1861, General Benjamin F. Butler declared all fugitive slaves at Fort Monroe as “Contraband of War.” Baker, Townsend and Mallory were freed and worked for the U.S. Army at Fort Monroe at minimum wage.

President Lincoln and Congress were aware of the event and enacted the U.S. Confiscation Act of 1861 to clarify the issue of slave status during the war. It declared that the Union Army could seize and hold any property of the Confederate Army to include slaves.

Word travelled fast about freedom at the fort. Slaves from across Virginia, North Carolina, South Carolina and Tennessee escaped and made their way to “Freedom Fortress.” Having the status as contraband did not fully free them but was better than living under their current slave conditions.

Population at the fort became overcrowded. Whites in Hampton became concerned about the large influx of slaves and started to leave Hampton and the surrounding area. Brigadier General John B. Magruder, the Confederate military leader on the peninsula, was concerned the Union Army would
soon occupy Hampton. He ordered Captain Jefferson Curle Phillips to assemble 500 soldiers and torch the town.

At midnight, on Aug. 7, 1861, Captain Phillips and his soldiers set fire to homes and buildings in Hampton, which was left in ruins. The contrabands made use of the ruins left in downtown Hampton to build homes and used a large strip of vacant land that lay next to downtown for their new
settlement, which they called the Great Contraband Camp, and later, Slabtown.

Like any developer planning a community, they created the streets they would travel. The street names they chose were Union, Lincoln, Grant, Liberty (now Armistead Ave.) and Hope Street (now High Court Lane). They were nothing more than dirt paths, but those dirt paths over time became paved
streets. Up until the age of 18, when I left for the Air Force, those streets were my world.

At the end of the Civil War, the more than 4,000 contrabands in Hampton were freed. The Grand Contraband Camp remained, and the community established schools, businesses and religious institutions that exist today. Some historians claim this was the first self-contained Black community in the United States. 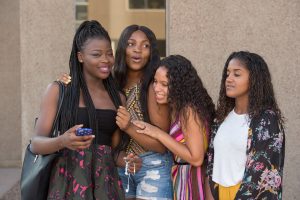 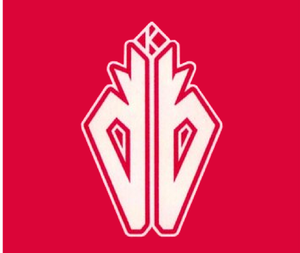 When the Delta Beta Executive Alumni Foundation (DBEAF) of Kappa Alpha Psi at Syracuse University was established in 2013, one of the group’s first initiatives was to launch a fundraising campaign to raise $50,000 to create an endowment within the Our Time Has Come Scholarship by CBT 2020. END_OF_DOCUMENT_TOKEN_TO_BE_REPLACED

END_OF_DOCUMENT_TOKEN_TO_BE_REPLACED

Fatimah ’90 and Keith Moody ’89 aren’t exaggerating when they say Syracuse University provided the foundation for their lives together. The Moodys met as undergraduate students at the Whitman School of Management in the late 1980s, went on to marry and have three children, and formed a successful business together. LinkVisum Consulting Group, founded in 2007, is a Washington, D.C.-area consulting firm specializing in process improvement, program management and strategic planning for government agencies and private industry.  END_OF_DOCUMENT_TOKEN_TO_BE_REPLACED

When Tara Brown Favors ’95 heard about plans to honor Kevin Richardson with a named scholarship in the Our Time Has Come Fund, she says it was an “easy decision” for her family to agree upon. Favors, vice president and human resources business partner at American Express and a member of the Office of Multicultural Advancement Alumni Advisory Council, made the lead $25,000 gift to launch the scholarship.

END_OF_DOCUMENT_TOKEN_TO_BE_REPLACED

On the day before your arrest, what were your dreams? Oprah Winfrey posed this question to the five men now known as the Exonerated Five, wrongly convicted as young teenagers in the highly publicized Central Park jogger rape case. Kevin Richardson, who’d been just 14 at the time of his arrest, had an immediate answer: He’d dreamed of playing the trumpet at Syracuse University.

END_OF_DOCUMENT_TOKEN_TO_BE_REPLACED

Eighty alumni and donors attended the CBT Martha’s Vineyard reunion, August 11-13, 2019. Participants enjoyed variety of events, including a welcome clambake, a walking tour, a luncheon by the sea and a movie screening and panel discussion.

END_OF_DOCUMENT_TOKEN_TO_BE_REPLACED

Join the Office of Multicultural Advancement at a benefit reception for the Our Time Has Come Scholarship program. END_OF_DOCUMENT_TOKEN_TO_BE_REPLACED